Airplane makes it easy to write and deploy Python-based tasks when you need to write custom code that SQL or REST might not be able to handle.

Visit the New Task page to get started.

In this first step, you'll be asked to give your task a name and an (optional) description.

Here, you can define parameters for your task—these parameters will later be passed to your code. (See the Parameters documentation for a full reference on what parameters are available.) 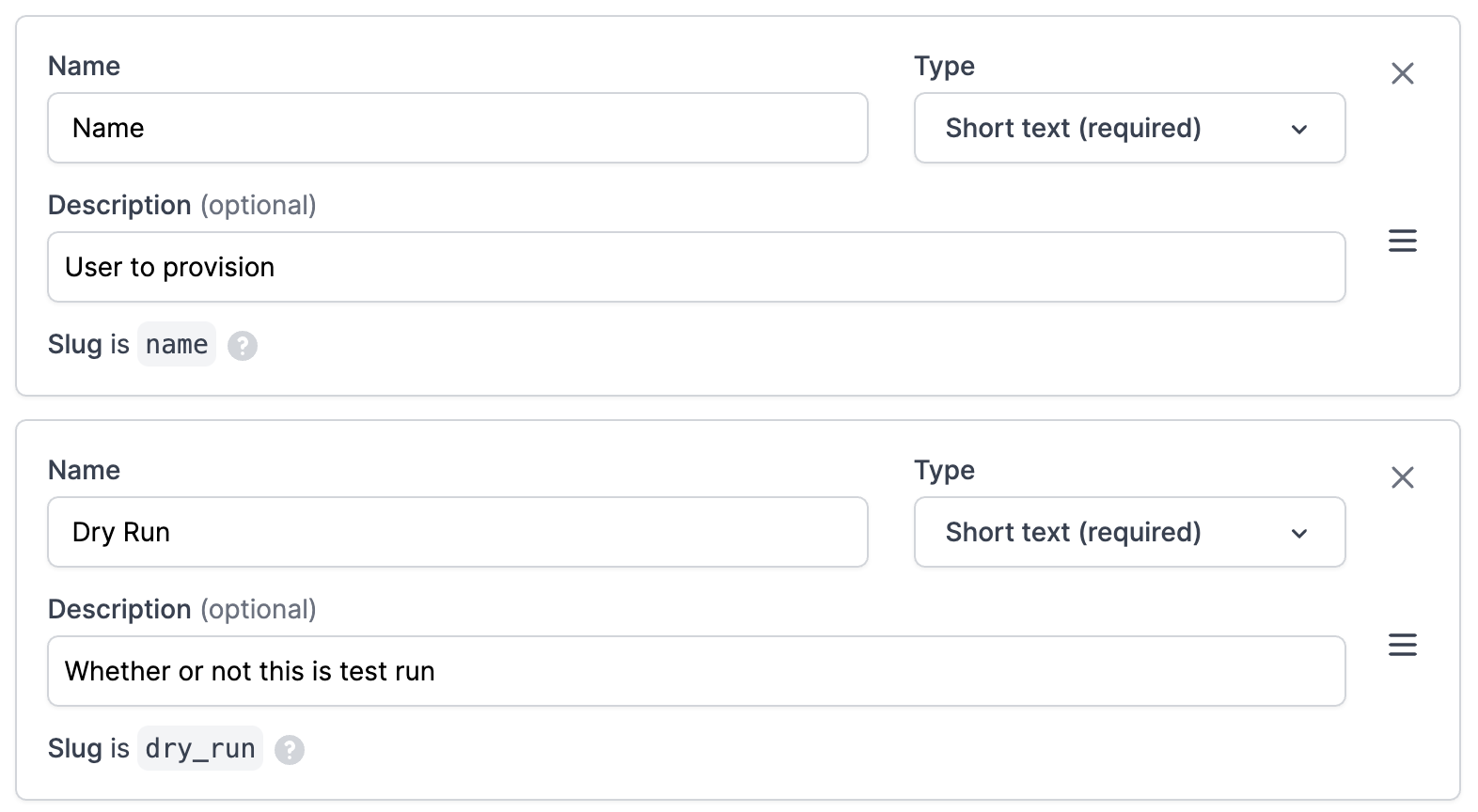 You'll only define environment variables in this next section. For custom code tasks, the code is deployed separately after the task is created.

In this last step, you can optionally configure permissions, timeouts, run constraints, and more. These settings are optional.
That's it! Finish the task creation wizard and you have a shrinkwrapped task for safely running Python scripts.

Airplane runs your code using Python 3.9.
Once created, the UI will show you instructions on how to init and deploy the task. Your task has a slug, which is a human-readable ID, which you'll need for running the init and deploy commands. 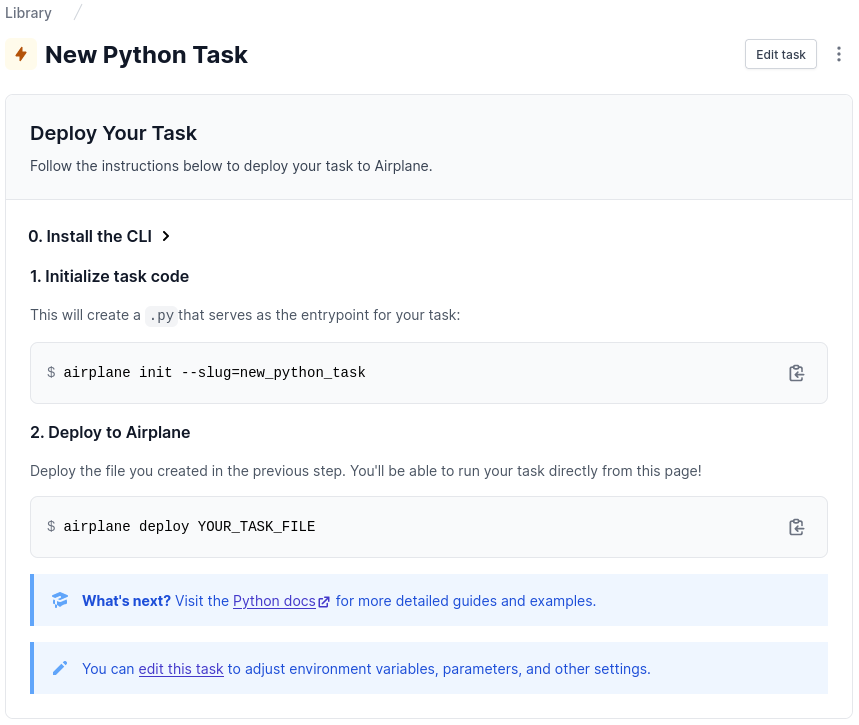 In your own code repository, run airplane init to create a blank task file:
A minimal Airplane task in Python looks like this (and gets generated by airplane init):
When Airplane executes your script, it will look for a main function. This function should accept a single argument (params) which will be set to an object of the parameter values passed in by the user: { "email": "hello@airplane.dev", "dry_run": false }.

To test your task locally, ensure you have the Airplane CLI installed, then run the dev command:
For more details on local task execution, including how to set environment variables, see these docs.

Finally, run deploy to push your script to Airplane:
Once deployed, go to the Tasks page to see and run your task!

The Airplane Python SDK is available via PyPI (airplanesdk). To install it, run:

This SDK can be used to produce Outputs that will be rendered in the UI when someone runs your task. To learn more, see the Outputs documentation:
PrivacyTerms
© 2022 Airplane Labs